Tucson Properties and Homes For Sale

The Tucson, Arizona community stretches from the fast-growing southern Arizona city of Green Valley/Sahuarita to the northern edges of unincorporated Catalina at the Pima/Pinal County lines. This region encompasses an incredibly wide variety of cultures and terrains, from high desert plains to rugged mountain peaks.

Tucson itself is a diverse 300-year old city, 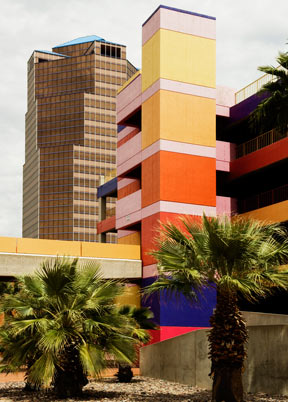 encompassing nearly 600 square miles. Habitation can be traced back to agricultural settlements along the Santa Cruz River dating from 1000 B.C.

Surrounded entirely by four mountain ranges with heights above 9,000 feet, and the lushly vegetated Sonoran desert, Tucson boasts a distinctive southwestern look and enjoys more than 300 days of sunshine each year. The almost perfect Tucson weather has for many years enticed visitors to remain!

Metro-Tucson has a population approaching one million. Business and recreational opportunities abound. Just an hour away from the United States/Mexican border, Tucson’s population is both multicultural and international with influences reflecting the richness of the Southwest.

A few interesting facts about Tucson, Arizona include:

Tucson is one of the top five best bicycling towns in the U.S.  Tucson was voted "friendliest city" and one of the top ten U.S. cities to visit High desert climate and surrounding mountains allow swimming, hiking, and skiing -- all in the same day.

Tucson is one of the few U.S. cities its size that can boast of a symphony, ballet, opera and several live theater companies.

The cost of living in Tucson is estimated to be one-third less than in cities such as Los Angeles or San Francisco, and less than half that of New York. Tucson costs of living are slightly lower than, but comparable to living in Austin, San Antonio, or Albuquerque.

Tucson is the home of the University of Arizona, one of the nation's top 20 public research institutions. The U of A offers world class instruction in fields as diverse as astronomy, plant science, biomedical science, business, law, music and dance.

Tucson, dubbed "Optics Valley", has more than 1,200 high-tech cluster companies employing 50,000+ people and generating annual revenues greater than $6.0 billion, Evidence of Tucson's high-tech activity includes its ranking of 14th in its high-tech manufacturing output, placing Tucson ahead of San Diego, Las Vegas, Salt Lake City, Albuquerque, and Phoenix. Tucson’s business infrastructure is built to support any company and the low costs for labor, materials, utilities and more are among the lowest in the United States.

Tucson, Arizona is also referred to as a “mini-Mecca for the Arts”. This can be readily illustrated by the numerous arts organizations found throughout the region.

Your safe harbor in the high desert of Tucson. Campbell offers privacy, sited on 10 acres with over a million aces of Coronado National Forest as your backyard. It also o...

For the buyer who demands the best! One of Tucson's finest available homebuilding site . . . with astounding, sweeping views of Ventana Canyon, Catalinas, Santa Ritas, Tu...

Welcome to Eleven Arches, also known as the Grace Mansion. The historic trophy property was built in 1937, by notable architect Josias Joesler, as a winter residence for ...

This saguaro-studded 3.26-acre elevated lot welcomes you to this private and pristine modern sanctuary located in prestigious Pima Canyon Estates. Architectural design by...

Welcome to Sui Generis Estate. Completed in August 2021, the quality of the build rings true of any Ray Birch constructed home with concrete slab, steel framing and imper...

Incredible new masterpiece by Albert Moussa in prestigious guard gated Finisterra. 6,000 sq ft of pure beauty. Spectacular views in every direction. Enjoy one of the ...

One of a kind masterpiece! This custom home is filled with architectural detail, custom amenities and great separation of space. A private master wing on the west side of...

The data relating to real estate listings on this website comes in part from the Internet Data Exchange (IDX) program of Multiple Listing Service of Southern Arizona. IDX information is provided exclusively for consumers' personal, non-commercial use and may not be used for any purpose other than to identify prospective properties consumers may be interested in purchasing. Listings provided by brokerages other than our office are identified with the MLSSAZ IDX Logo. All Information Is Deemed Reliable But Is Not Guaranteed Accurate. Listing information Copyright 2023 MLS of Southern Arizona. All Rights Reserved.